From Wikitech-static
< Performance
Jump to navigation Jump to search

The Mobile Device Lab is provided by the Performance Team for executing tests on real mobile devices, in a variety of network environments. We use this to measure how changes impact mobile users. 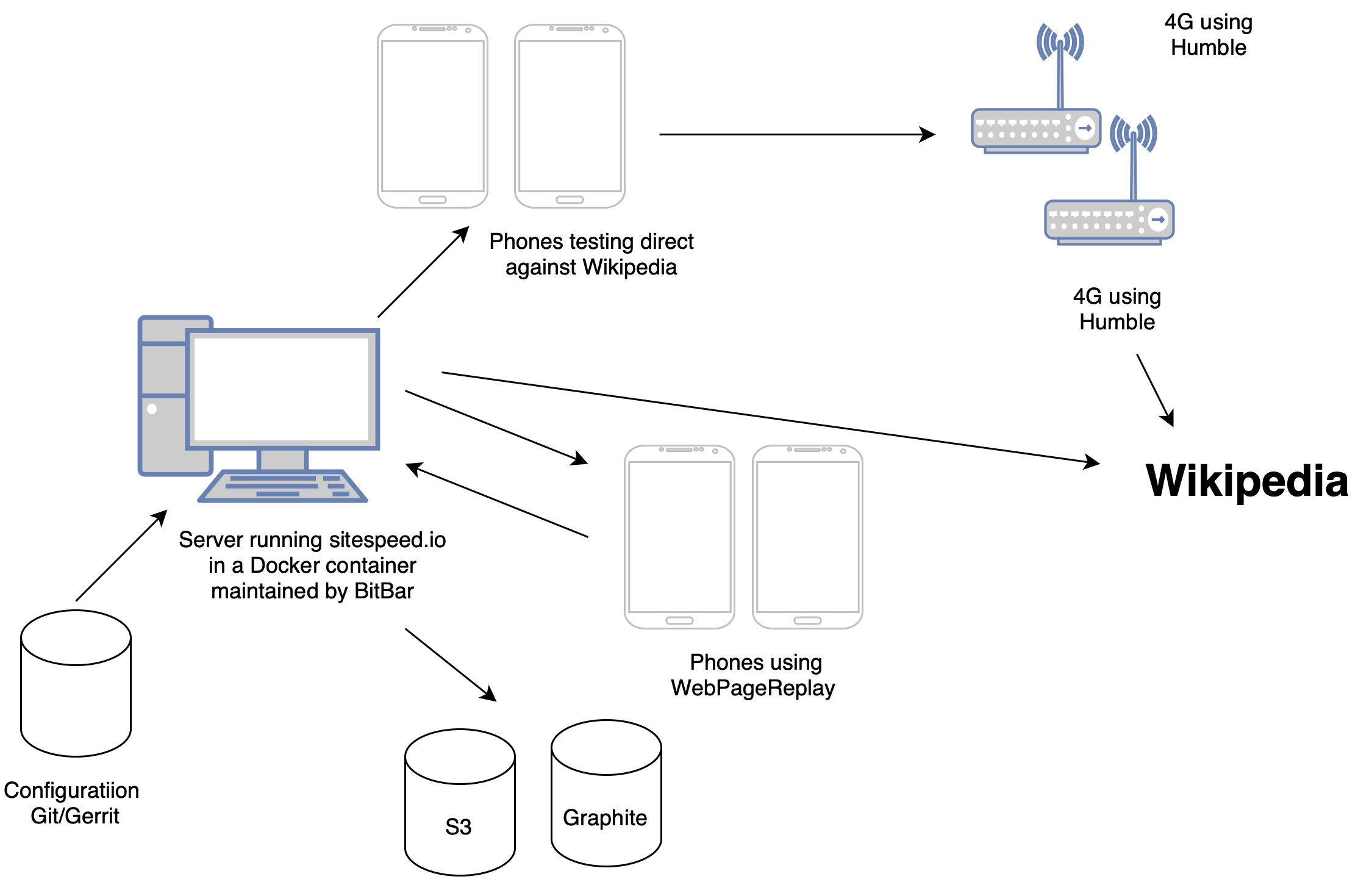 At BitBar our test use a generic setup with a start bash file (run-tests.sh), a secrets.json file and a Slack bash file (slack.sh) that are uploaded in the BitBar GUI in a zip file. The bash file is called when a test is started and looks like this:

And the secrets.json file contains configuration to sitespeed.io to be able to send metrics to our Graphite instance and send data to S3. All tests then extends that configuration file and we can have those configurations file open to the public in our Git repo. We also have a bash scrip that just reads the log from the test and report all errors to a Slack channel:

We then have cronjob calling the API using CURL with settings to use our zip file and sending one extra parameter that will choose what test to run. At the moment the job is fired from gpsi.webperf.eqiad1.wikimedia.cloud.

If you need to change the secrets.json file, the easiest way to do that it to do like this:

We have a three alerts setup to verify that the network and tests work as they should. The alerts verify that we get metrics into Graphite for the phones that uses the 3g, 4g and WebPageReplay tests. The alerts exist in: https://grafana.wikimedia.org/d/frWAt6PMz/synthetic-tool-alerts

We also report error log message to the #bitbar-error-reporting Slack channel (you need to be invited by the performance team). Here we can see smaller kind of failures like one of the runs didn't work, instability in Firefox/Chrome. We use those errors to know if there's something that needs to be tuned or reported upstream.

No outstanding issues at the moment. One thing to keep track of is that maxAutoRetriesCount needs to be set to 0 (not null as it is default) so that BitBar can debug if something fails, else the failing test is just deleted.