From Wikitech-static
< Local-charts
Jump to navigation Jump to search

To better understand how to contribute to the local-charts environment, let's walk through it together.

In the walkthrough below we will show how to add a service that already has a helm chart to be deployed using local-charts.

Let's try adding the Blubberoid service from [1]. Blubberoid creates a Dockerfile based on a yaml configuration file. Adding it to local-charts will let us run Blubberoid in Minikube.

Deploy the Blubberoid service in Minikube by adding it to local-charts.

We'll be editing files in the local-charts repo: [2] Run the installation script by running `make install` from within the repo's root directory.

First, we need to tell Helm that we require an additional chart in our deployment. Update helm/requirements.yaml like so: 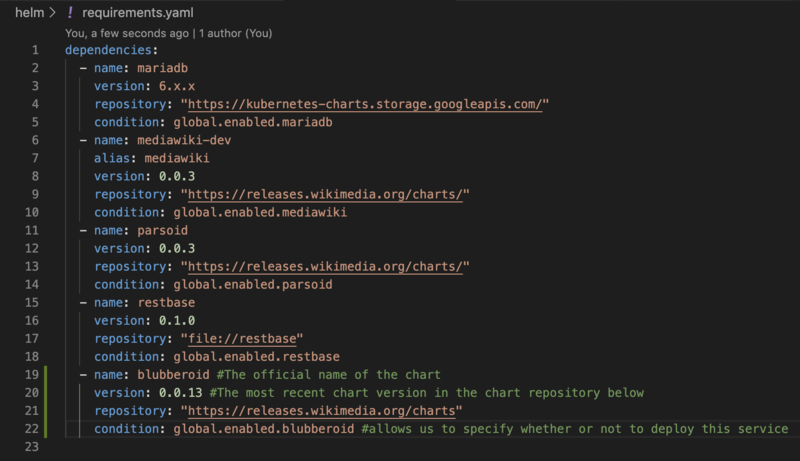 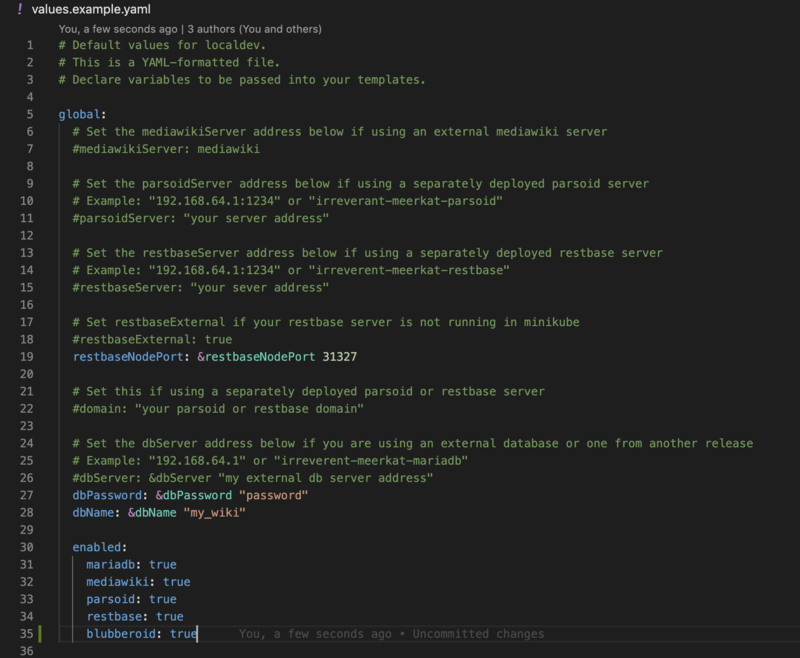 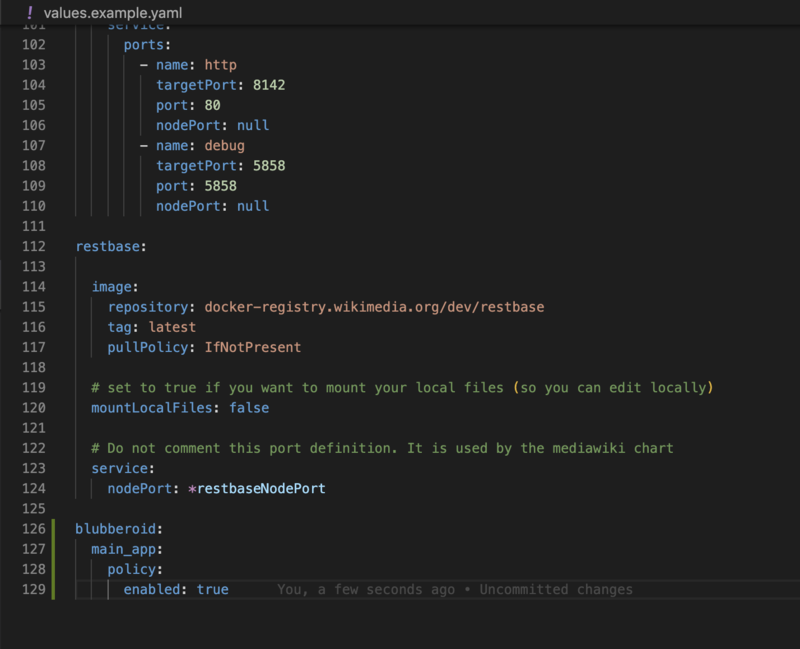 Blubberoid should now be deployed to Minikube! 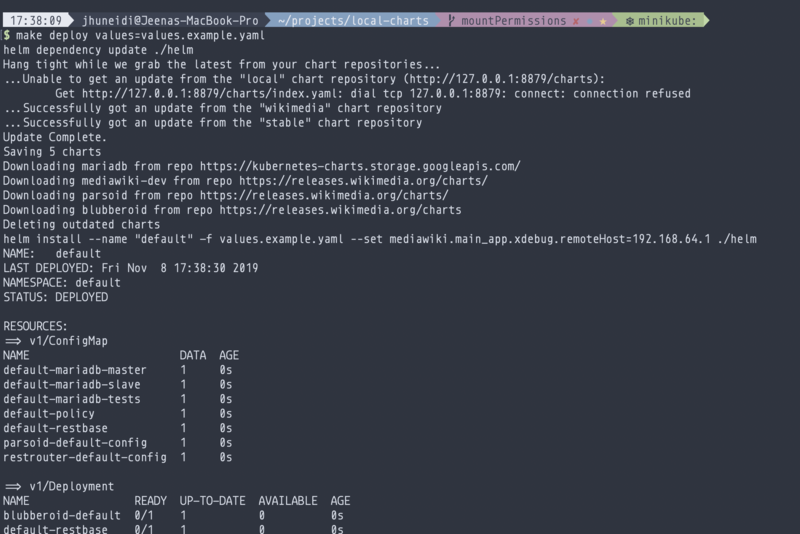 Check it's running by running `kubectl get pods`:

We can now try using Blubberoid! first, get your minikube's IP by `minikube ip`, and the 5-digit blubberoid port by `kubectl get svc`. Now try Blubberoid:

You can delete your deployments by running `make undeploy` from the local-charts root. Similarly, running `make stop` will stop the Minikube cluster