During maintenance on our CDN edge cache layer in eqiad, all caching servers were accidentally depooled due to insufficient safeguards in tooling (and errors in following the maintenance procedure). Users whose traffic was routed to eqiad were unable to access wikis or any Wikimedia site for about 15 minutes.

All users of all services behind the eqiad caching layer for about 15 minutes until eqiad was depooled (and that change could propagate).

Estimate we lost about 30k RPS for slightly over 15 minutes: about 27M req lost, or just under 20% of total traffic at the time. 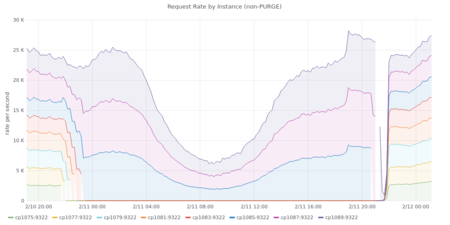 Per-ATS-TLS-instance requests/second, timespan including both days 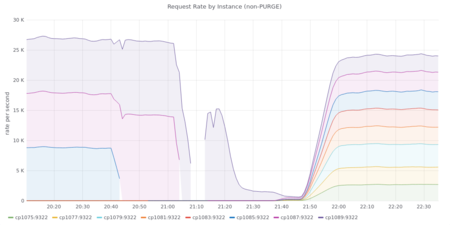 Per-ATS-TLS-instance requests/second, zoomed around the time of the outage

This outage could have been easily prevented if our infrastructure was more cautious about what it allowed.