At 20:25 UTC, change Ie5a860eb9 ("Remove wikimedia-task-appserver from app servers") was merged. There were two things wrong with it:

Apache was configured to load configuration files from /etc/apache2/wmf, and these include the files that declare the DocumentRoot and Directory directives for our sites. As a result, users were served with 404s. At 20:40 Faidon re-installed wikimedia-task-appserver on all Apaches. Since 404s are cached in Varnish, it took another five minutes for the rate of 4xx responses to return to normal (20:45). 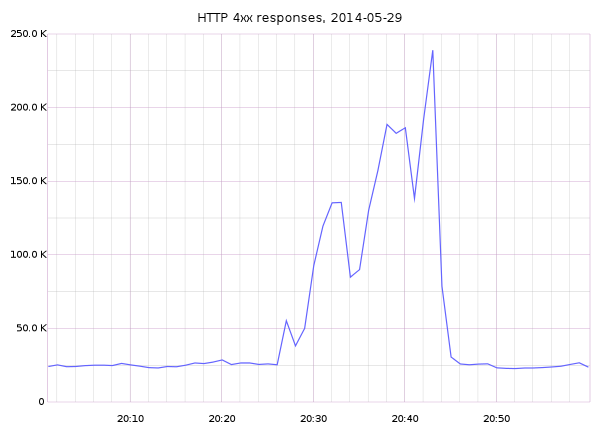