Parsercache databases got overloaded due to a malfunctioning host which resulted on spikes of connections on the other 2 active hosts and increased latency on our mwapps servers. 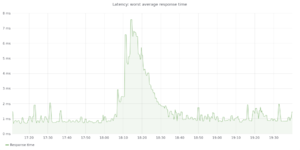 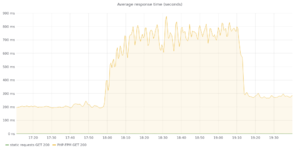 Icinga paged for pc1008 host that was having performance degradation 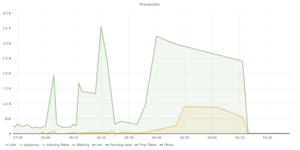 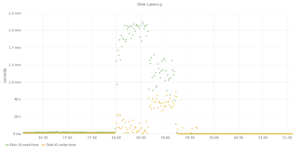 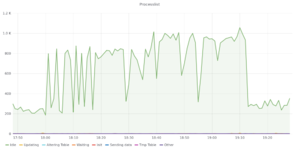 The hardware performance degradation was hard to detect via the usual checks: broken BBU, degraded RAID, disks with errors that hasn't removed from the RAID, memory issues.... As nothing appeared to be broken, DBAs didn't consider pc1008 as the core of the issue. The fact that all the parsercache showed similar connections spike pattern made us think that the problem was on the other side of the spectrum (MW).

We later learned thanks to Brad, that parsercache has a "double write" behaviour we didn't know of and if one of those fails, the others keep hanging until the request is processed or shutdown.