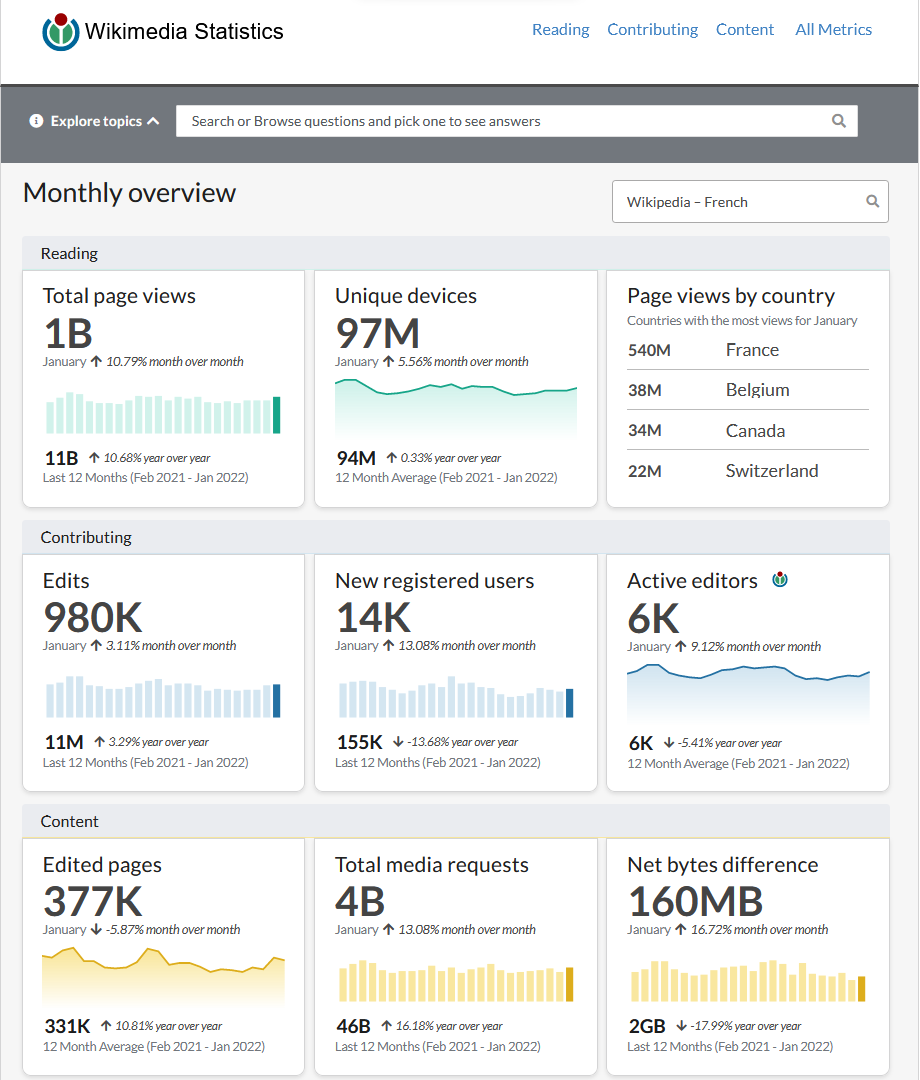 You can use it to help answer many types of questions about Wikimedia projects. 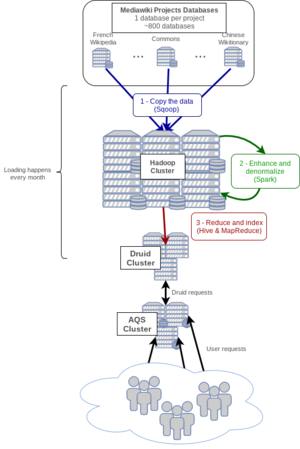 The minimum requirements to install the Wikistats UI are Node.js (with the npm package manager) and Git. The project is hosted in a Git/Gerrit repository.

Wikistats 2's code is hosted in its Gerrit repository and mirrored in Github as a read-only repo. Read the Wikitech page for information on how to contribute to the projects using Gerrit.

The way the code is relased to production is that the dist/ folder is built locally and committed to version control. In the future the build step could happen in a CI server.

You'll need jq and docker. It is technically possible build it on your own computer, but buildling in a docker container is more likely to be consistent.

First, bump up the version of Wikistats in the first lines of package.json:

Then build and run a docker container tagged by that version:

The docker container itself is just for writing to the dist/ folder; we don't publish the docker images.

When you're happy with your changes, submit a new patch for the master branch: