This page is about how to install, configure, and manage puppet. For documentation about writing puppet code, see Puppet usage. 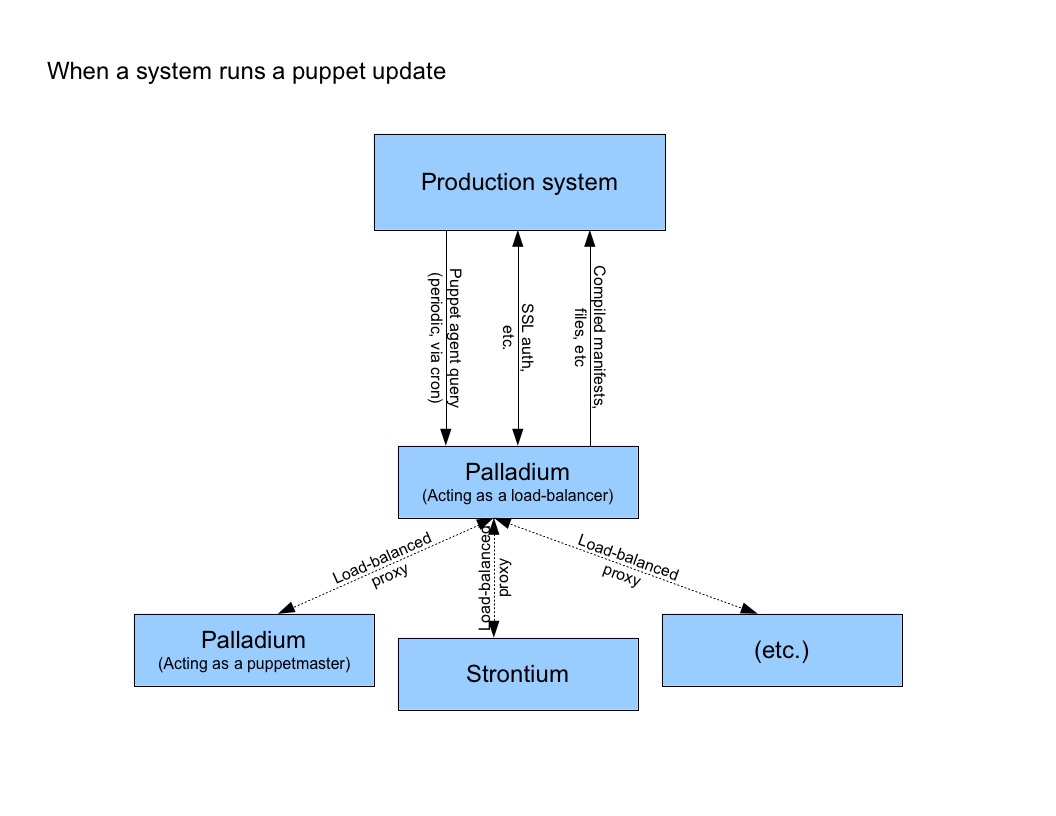 puppet-merge fails to sync on secondary

Sometimes puppet-merge might fail to sync on the secondary / strontium for whatever reason (see also https://phabricator.wikimedia.org/T128895). This is easily fixed by ssh into strontium and running: