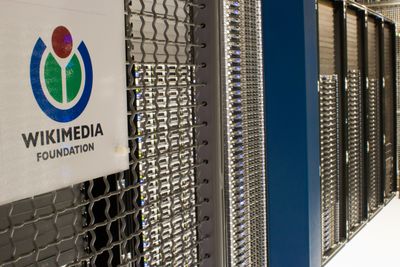 If you are looking to get involved in improving the underlying infrastructure of Wikimedia projects, the Site Reliability Engineering (SRE) team may be just what you are looking for. Anyone can contribute to the effort to make Wikimedia's servers and software faster and more efficient. Many tasks are available for you to start contributing to right away. The SRE team used to be called the Operations team.

Here you have basic pointers for new SRE contributors. Join us at #wikimedia-operations connect!

The SRE team is the group of people that maintain Wikimedia's servers and run its 800+ individual wikis. Also known as the system administrators, they are in charge of making sure the MediaWiki software runs smoothly on all the wikis, regulating system resource use, maintaining Wikimedia's hardware and software, and creating and closing wikis (although these tasks can also be handled by other users with shell access).

See also this presentation from October 2019 (40 min). Even if some details have changed, it is still a good introduction.

More details and a web request flow diagram updated in 2020 can be found on MediaWiki_at_WMF.

Essential skills for becoming an SRE member include server software and hardware knowledge, programming knowledge and good communication skills. Experience with puppet is a plus, as puppet is a tool used by Wikimedia to maintain and configure its computer clusters. Here are resources to become familiar with puppet.

To work with the SRE team, you might need to acquire permissions (NDA) to perform certain tasks, although many tasks can be worked on without NDA access. These permissions are granted on a case-by-case basis after confirming the requestor's credentials and making sure they have signed the NDAs. Most users do not need shell access to contribute.

How to Find Tasks

To start working with the SRE team, you can find tasks at Phabricator. Phabricator is a web-based system used for finding and tracking bugs that the Wikimedia Foundation uses. To help, you can go to the issue list and work with others to resolve issues.

It is best to find some tasks that you are qualified to help on, acquire your Wikimedia developer account, create a Phabricator account using it, and submit changes to the Puppet repository for review in Gerrit. Read the Puppet coding article to better understand how Puppet is used in managing the configuration of Wikimedia sites.

How to Test Changes

After you have made your changes, it is time to test them in a Cloud VPS project. Cloud VPS is a project designed to make it easier for the community to test improvements to the Wikimedia infrastructure. Many tutorials are available.

How to Propose Changes

The final step is to propose your changes to the community using Gerrit. Gerrit is a system allowing community members to review proposed code changes and implement them.