Holding the deployment train is not something the Release Engineering team takes lightly. When RelEng holds a deployment train for a production error, we expect all engineers with relevant expertise to be focused on resolving the issue. A quick resolution is beneficial to all engineers as holding the train, counter-intuitively, can create more problems than it solves. Over time the versions of MediaWiki and extensions that are deployed to the cluster will become more widely divergent from the primary development versions (e.g. master) of the code.

We may also pause the train for non-emergency issues which have an expected resolution in the near future. This is done at the discretion of the train conductor, and should be communicated on the blocker task. It is appropriate for issues where user experience will be substantially improved, actions which save developers and deployers substantial work, and changes which increase deployment safety (e.g. by removing logspam).

Issues that hold the train

This is a non-exhaustive list of things that would cause the train to pause or roll back. As always, it's up to the best judgment of SRE and Release Engineering, but the following are representative examples of what we'd take action on:

What happens during backport windows while the train is on hold?

Only simple config changes and emergency fixes are allowed during backport windows while we are reverted. This is to reduce the complexity during investigation.

Remember, while we are reverted people are diligently diagnosing and debugging issues; any seemingly unrelated change could in fact affect their investigations.

What: For each weekly train version rollout an accompanying task is filed in Phabricator. They all live in the #Train-Deployments tag. You can find the current task at https://train-blockers.toolforge.org.

Purpose: The purpose of these tasks is to track the rollout of the train especially including any blocking issues that may arise (see above). These blocking issues are filed as sub-tasks.

Tasks which block the train from moving forward or cause it to be rolled back are set to UBN! ("Unbreak Now!") priority, as getting the train moving again should be the highest priority for the person(s)/team responsible for the code in question.

Most times a blocking task must be "Resolved" in Phabricator for the train to move forward. A subset of times the task itself is not resolved because the issue has been worked around in another way, for instance when e.g.: a backport was prepared and merged but that backport is not yet merged in master. The task will normally be closed after that patch is merged into master.

The "train conductor" for that week, or the backup conductor, is responsible for commenting on any blocking (sub) tasks with their assumptions on status and impact, especially if they choose to move the train forward with the task not set to "Resolved" for whatever reason. The reason for this commenting (and potential over communication) is to ensure all parties are aware of all assumptions and decisions.

Maintaining the task series in Phabricator:

Periodically, the release manager will create batches of new tasks in Phabricator for planned upcoming MediaWiki version. This is accomplished by running the scap task-series plugin. For documentation, see: Deployments/Blocking_Tasks 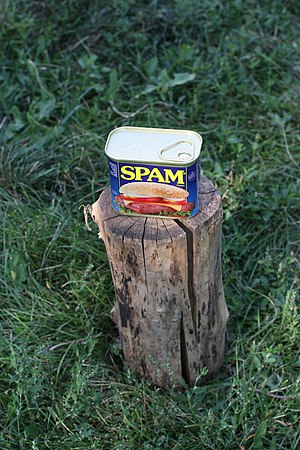 Logspam is the term we use to describe the category of noisy error messages in our logs. These don't necessarily represent user-facing error conditions, though oftentimes errors are being ignored or aren't a high priority for the responsible parties (when any exist).

Specific error messages that have been identified by deployers and log triagers are tracked in the #Wikimedia-Production-Error Phabricator project.

Why it's a problem

Logspam is a problem because noisy logs make it hard to detect problems quickly when looking at log dashboards.

All deployers need to be able to quickly detect any new problems that are introduced by their newly deployed code. If important error messages are drowned out by logspam then deployers can easily miss more serious issues. If code produces extraneous errors in production logs, then that code is considered broken, even if there is no immediate user-facing impact.

Major Causes (and how you can fix them)

The most common example of this type would be expected (or known) conditions being recorded as exceptional conditions, e.g.: Debug notices or Warnings being logged as Errors. This is an incorrect use of logging and should be corrected.

These are a common occurrence in PHP code. Whenever you attempt to access a variable or index of an array that doesn't exist, PHP logs a notice. These are coding errors and they need to be fixed. It might be that the input is malformed and the error is in the caller; or it might a mistyped reference; or it might be that the key is allowed to be absent but the developer forgot to access it conditionally.