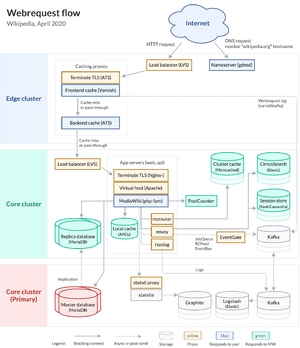 This page documents the traffic routing and caching infrastructure from a high level. It details which layers of the infrastructure exist in cache PoPs, which exist in data centres, and how traffic flows through them.

Prior to 2019, we used Nginx- for TLS termination (instead of ATS), and used a second Varnish instance for the backend cache (instead of ATS). In older documetnation "Varnish" thus might be referring to the cache backend (which runs ATS now). 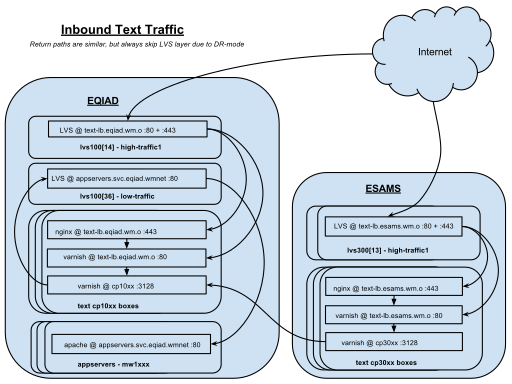 Current cache clusters in all datacenters: