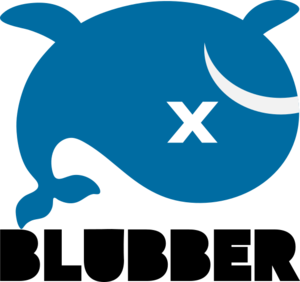 Disclaimer! This is the beautiful and perfect and absolutely correct and error-free documentation for Blubber. If reality disagrees, reality is unambiguously wrong and needs to be replaced. (Not really. Please update and fix this wiki page instead.)

Blubber produces Dockerfiles for bulding Docker images. It is written and maintained by the Release Engineering team as part of a toolset for delivering software into production, testers, developers, and automated testing in CI.

Blubber reads a higher-level specification and writes the corresponding Dockerfile. Docker tooling can use that to build a container image. The image can then be used to run an application, or deployed to Kubernetes to run a container, for development purposes, or in production. The image can also be shared with anyone who wants to run the application on their own, perhaps to test, debug, or develop it.

Blubber runs on its own. It is not directly connected to WMF infrastructure. Blubber does not run Docker itself.

To run Blubber, use a command like the following:

The output will look something like the following (the details may vary, and probably will):

To build the Docker image, run the following command:

(Assuming the Dockerfile you created by running blubber is in the current direcory.) To run the image:

(FIXME: The above doesn't do anything useful for the example.)

You can publish the image to a Docker registry or share it with others in the usual way for Docker images. Or you can share only the Dockerfile, or the Blubber specification file, depending on what's best for you and your collaborators.

Blubber is written in the Go programming language. To build and install it, you need to install the Go toolchain. On a Debian or Debian-based system:

To fetch the source code:

At the time of writing, the above will fail with an error about there being no Go source files, but you can ignore the failure. It's benign.

You now have the executable:

If you don't want to type the whole path to the executable, you can add `~/go/bin` go your `PATH` environment variable, or copy the executable somewhere that is already in PATH.

Blubber specification files use the YAML format. The top level is a "dict", or a set of key/value pairs. The toplevel items (keys) that Blubber knows about are:

version
the version of the Blubber specification file syntax; use v3 or Blubber will be very upset indeed.

base
the base image upon which the new Docker image will be built; docker-registry.wikimedia.org/wikimedia-stretch:latest is a good starting point for WMF

apt
additional Debian packages to install with the apt command; the value should be a list of package names

python
which version of Python to use; the value should be version: python2.7 or similar; FIXME: what does this do?

runs
settings for things run in the container, value should be a dict, which can have the following keys:

insecurely
Boolean value: should the application in the container be run as a user that can't write anything to the filesystem, including caches, or as a user that can? Production variants should have this set to `false`, but other variants mayset it to `true` to make things easier.

variants
value should be a dict, whose keys name the variants that can be built; see below for details

Blubber can build several variants of an image from the same specification file. The variants are named and described under the variants top level item. Typically, there are variants for development versus production: the development variant might have more debugging tools, for example, which are not included in the production variant, which should have no extra software installed to minimize risk of security problems, or other problems.

Variants can have the fields that are valid at the top level, plus additionally: