This page explains WMF's EventLogging system topology and how its parts interact. Using the following diagram as a reference: 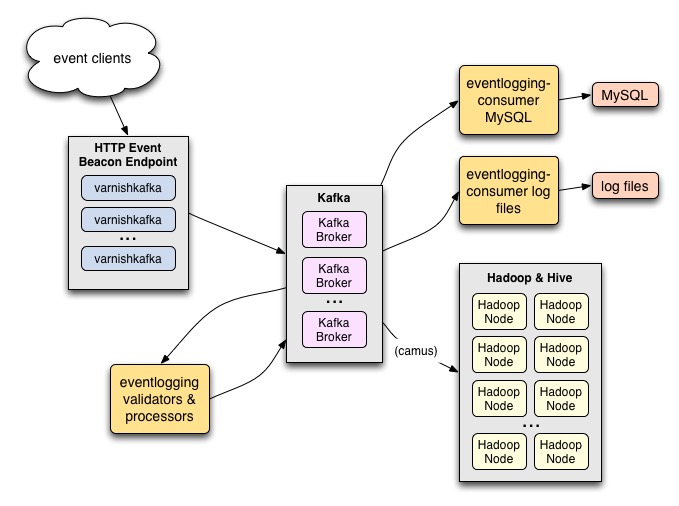 An 'eventloggingctl' shell script provides a convenient wrapper around Upstart's initctl that is specifically tailored for managing EventLogging tasks.